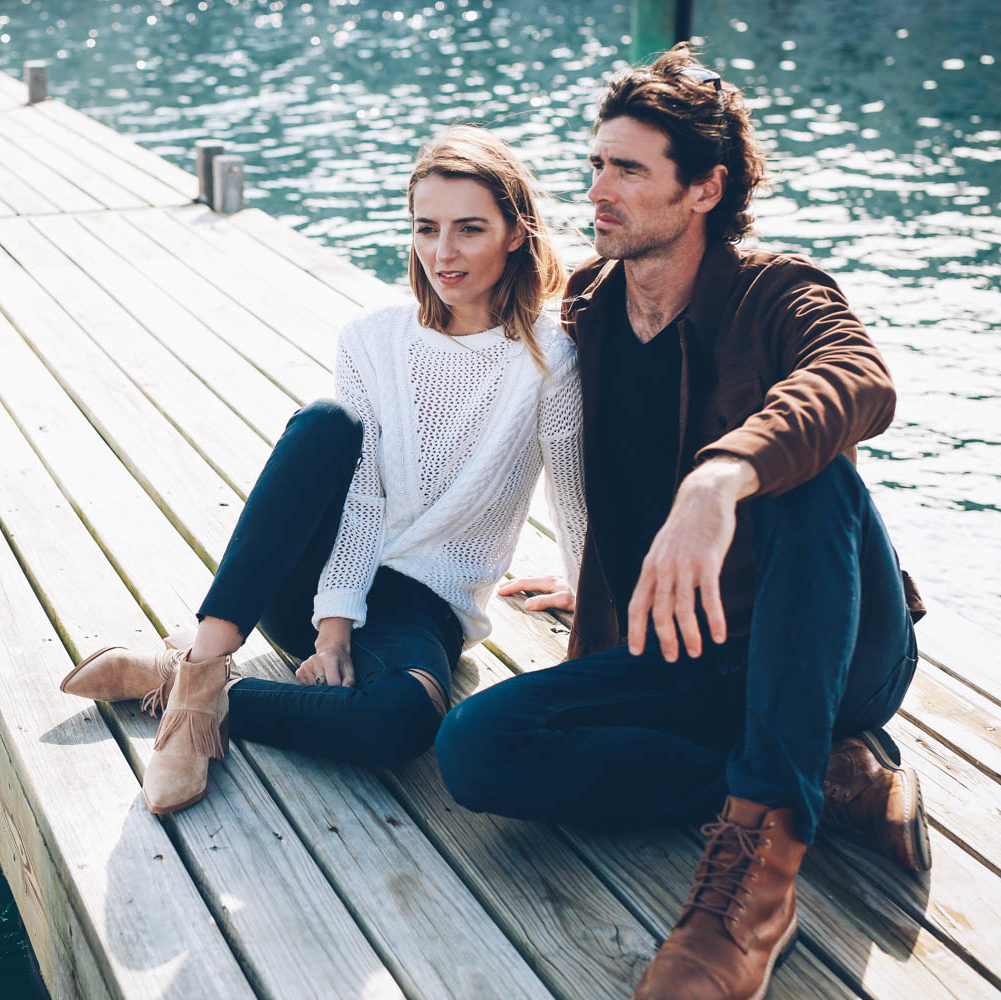 Every week, at least once a week, I get the kid questions. Do you want kids? When are you having kids? Are you ready to have kids? Won’t you be lonely without kids? I like to think I’m pretty open about most parts of my life. I understand there’s an expectation to share much of it. But I also don’t think I should have to share ALL parts of my life (nor should anyone else). To be honest, I continue to be surprised by how often I get the kid questions. More often from strangers than friends and family. Having a child is a huge decision. A deeply personal one, and not something that can be answered with a simple “yes I want to” or “no I don’t.” There’s a part of me that wants to answer the question with “none of your god damn business,” because honestly it’s true. At the same time, I want to encourage a dialogue and hopefully spark a new way of thinking about the reasons people make the choices they do.

When I share my response to these questions publicly with all of you, I get many of the same messages from women who like me, don’t have children. Some are my age, some are 20-30 years older, but they all share the same sentiment, “people keep asking, I’m tired of answering.” There’s also an entire subset of women with one child who often share with me that people constantly ask when they’ll have another. No one is ever satisfied.

I’d like to think that I have more to offer this world than a set of ovaries. I do not say that as an insult to mothers. So let’s be clear about that, just because I’m unsure about having kids doesn’t mean I think less of anyone that does.

I’m 33 years old. Yes I realize having children gets harder as you get older. Quite frankly, that doesn’t give me a sense of urgency to have them. I’m still figuring out who I am, my purpose in life and what I want out of it. Right now, I’m focused on my relationship, my pets, and my career. I am, plain and simple, not ready to have a child. I don’t know that I ever will be. Everyone’s favorite response “you’re never ready.” That’s fine, maybe that’s true, but I don’t feel comfortable bringing a child into the world unless I feel 100% positive it’s what I want.

So you don’t like kids? Many assume this must be the case if I’m not dead set on making a baby. Quite the contrary. I was a nanny for most of high school and college. I have little cousins and friends with kids and babies that I love spending time with. Just because I don’t want my own doesn’t mean I don’t like children. It’s like saying someone doesn’t like dogs because they don’t have one. It’s a huge responsibility and a life altering decision that should not be taken lightly. And if you don’t like dogs, I find that far more concerning than if you don’t like kids. Also for the record, I consider Nora, Fuji and Hunter my kids, and I’m not joking.

It goes both ways, many say not wanting kids is selfish, but I could argue that some people decide to have kids for selfish reasons (like when a person says, “but who will take care of you when you’re old?” or “what about you’re legacy?”). It’s a personal choice. My decision to have (or not have) kids is complex. I think about financial stability, our planet and the environment, my career, ability to travel, personal goals, freedom, control over my life, my relationship, overpopulation, lack of social safety net and support for raising a child, etc. It’s not a black and white issue. I’m not saying these are reasons you shouldn’t have kids, just that these are all things I think about.

What if you regret it? Yeah, maybe if I never have children, I’ll regret it, but maybe I won’t. The same can be said for having a kid (and yes there are women who admit to regretting it). We can go round and round, but I don’t want to live my life worrying about things I should or shouldn’t do based on what I might regret. For the record, there’s also women that didn’t have children and don’t regret it.

There’s an almost false sense of open mindedness right now. People talk about the power and freedom of choice but at the same time expect everyone to make the same decisions. The moment anyone strays from “the norm” it’s seen as a threat. The notion that a women can’t have purpose without a child is incredibly narrow minded. Not to mention, having a child isn’t always a matter of choice. Asking a woman if/when she plans to do so is completely ignoring the possibility that she (or her partner) might not be able to.

If you have kids or want to have kids, great, good for you. But just because it’s what YOU want, doesn’t mean it’s what someone else wants. So the next time you get ready to ask someone when or if they’re going to have kids, maybe don’t, if they want to talk about it, let them bring it up. We only get one life, shouldn’t we all do it in a way that brings us fulfillment and joy, whatever that looks like.

And as for the marriage piece, we’ll save that one for another day.