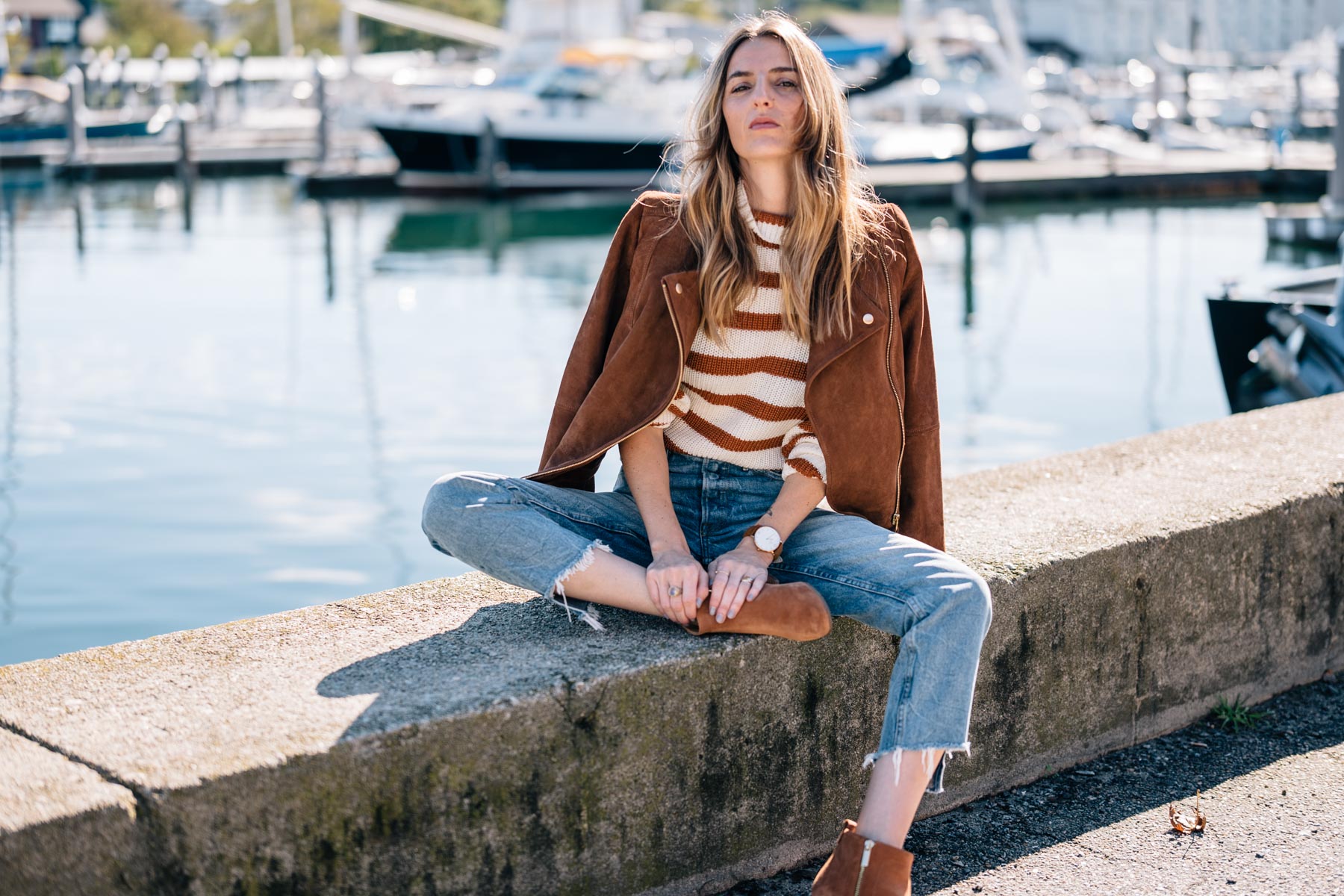 I’ve debated whether or not I wanted to share this post over the last few days. I kept asking myself why I didn’t want to post. What was making me hesitate? And I realized all of those feelings, anxiety, fear, shame, are the exact reason why this culture of harassment and sexual violence continues. So here we are. I’m sharing some of these stories because I can almost guarantee every one of you who reads this will have a similar one to tell. Because everyday we face harassment in ways that become so routine we sometimes fail to even recognize it for what it is.

The first time I was sexually harassed I was 7 years old. I was in second grade. I had been selected to participate in a gifted arts program during school hours. For a few hours every week a group of us would go to a space in the school to work on artistic projects. Another teacher in the school who had nothing to do with the arts program always happened to be in the space we were using during that scheduled time (I also knew this teacher outside of school).  “When are you and (he would name his son-I am omitting it here for various reasons) going to go on a date?” “Do you think he’s cute? You two would make a cute couple. He’s a stud, you’re a little cutie.” He was relentless. Every, single week. I imagine it would be hard not to sense my discomfort. I was 7. I was afraid. So nervous it made me sick. I suffered from severe migraines that year and I am sure this contributed to that. I missed almost a month of school because of it. I would reply by shyly laughing it off. I lied and told my parents I didn’t like the arts program so that I wouldn’t have to go and be singled out and humiliated. I never told my parents the real reason. I was embarrassed, nervous, afraid, ashamed. Somehow I felt like I would get in trouble for telling anyone, like it was my fault. I wish I could go back to that room with my 7 year old self and tell him to fuck off. The female teacher that ran the program never said anything. I don’t blame her in anyway, but I wish she did.

I hated working in restaurants because that’s usually where harassment was the worst. My first restaurant job, the owner came in one day and started massaging my shoulders from behind. “Wow you’re tight,” he said. I felt confident enough to tell him not to touch me. Some of the other girls didn’t say anything. It was excruciating to be around. One summer I got a job at a catering company. The first wedding I worked I was pouring wine for the table. “Look at this girl. Are you single? How many men at this table would love a piece of that?” The man was my Dad’s age. Everyone at the table laughed. One man at the table slipped me a phone number on a napkin. I was humiliated. I just laughed it off and went back into the kitchen. “Just get used to it, play along and you’ll get a better tip,” one of the other women I was working with said. I quit the next day.

One afternoon in College I stopped by my professors office to ask a question about an assignment. He got uncomfortably close to me and put his hand on my shoulder. My face turned red and I started sweating. This was someone I respected. I quickly stepped back and awkwardly ended the conversation. I never spoke to him outside of class again.

My first job out of college about 5 or 6 months after I started a top executive called me into his office to talk about my career path (he explicitly said career path in the email). This wasn’t someone I worked with in any capacity so I thought it was strange but I had no reason not to go, so I did. I walked in, he asked me to shut the door, I thought it was odd but I did it anyway. He started the conversation by telling me how he was in Mensa and boasting about his professional accomplishments. The topic then quickly changed. “Are you French? You have stunning features. You carry yourself like a French woman.” I didn’t know how to respond. I just sat there and listened to his bullshit for at least 30-45 minutes. I went to the bathroom and cried. I cried because I thought he actually wanted to hear about my career goals and aspirations, and because I was too afraid to speak up for myself in that moment.

And then there’s just the everyday bullshit. The cat-calling, the honking, the whistling, the sexual remarks on the street, the unwanted touching on the subway (anyone who lives in NYC can attest to this). And yet we endure it. And so often we blame ourselves. We feel guilty, ashamed, embarrassed, we make excuses. And we can’t win. If we don’t fight back, we’re weak. If we do, we’re cold and bitchy. If we’re too flirtatious we’re sluts. I wish I could say that all of us sharing stories of harassment would bring change, maybe it will, but until men get on board this is just a support group letting each other know that we’ve been there. And that’s a good start. I hope that by all of us sharing these experiences it will shine a light on this pervasive behavior that continues to be an everyday reality, but it doesn’t solve the problem. It’s shocking when a man caught on camera bragging about sexually assaulting women can go on to be elected President of the United States. More recently, I was disgusted by Donna Karan’s comments on the red carpet. “What are we asking? Are we asking for it? By presenting all the sensuality and all the sexuality? … It’s not Harvey Weinstein, you look at everything all over the world today, you know, and how women are dressing and what they’re asking by just presenting themselves the way they do. What are they asking for? Trouble.” This is where we, as women, do have control. Let’s stop shaming one another. Let’s stop blaming the victim or asking what else could she have done? Why didn’t she fight back? How much did she have to drink? NONE OF IT MATTERS. Assault is assault. Rape is rape. Harassment is harassment. The statistics are alarming. 1 out of every 6 women is the victim of rape or attempted rape. That number is probably much higher given how many assaults go unreported. I hope that this #metoo movement becomes a catalyst for change. I encourage you to share your own stories in the comments, if you’re not comfortable, that’s ok, you can just write #metoo. And I hope that by sharing some of these stories you will find comfort in knowing that you are not alone. Let’s look out for one another ladies. Hold your heads high. We are fierce. We are brave. We deserve respect and equality. And this is where it starts.

Disclosure: if you buy something through the links on this blog, we may earn an affiliate commission. We only feature products we would personally recommend. Thank you for your support.