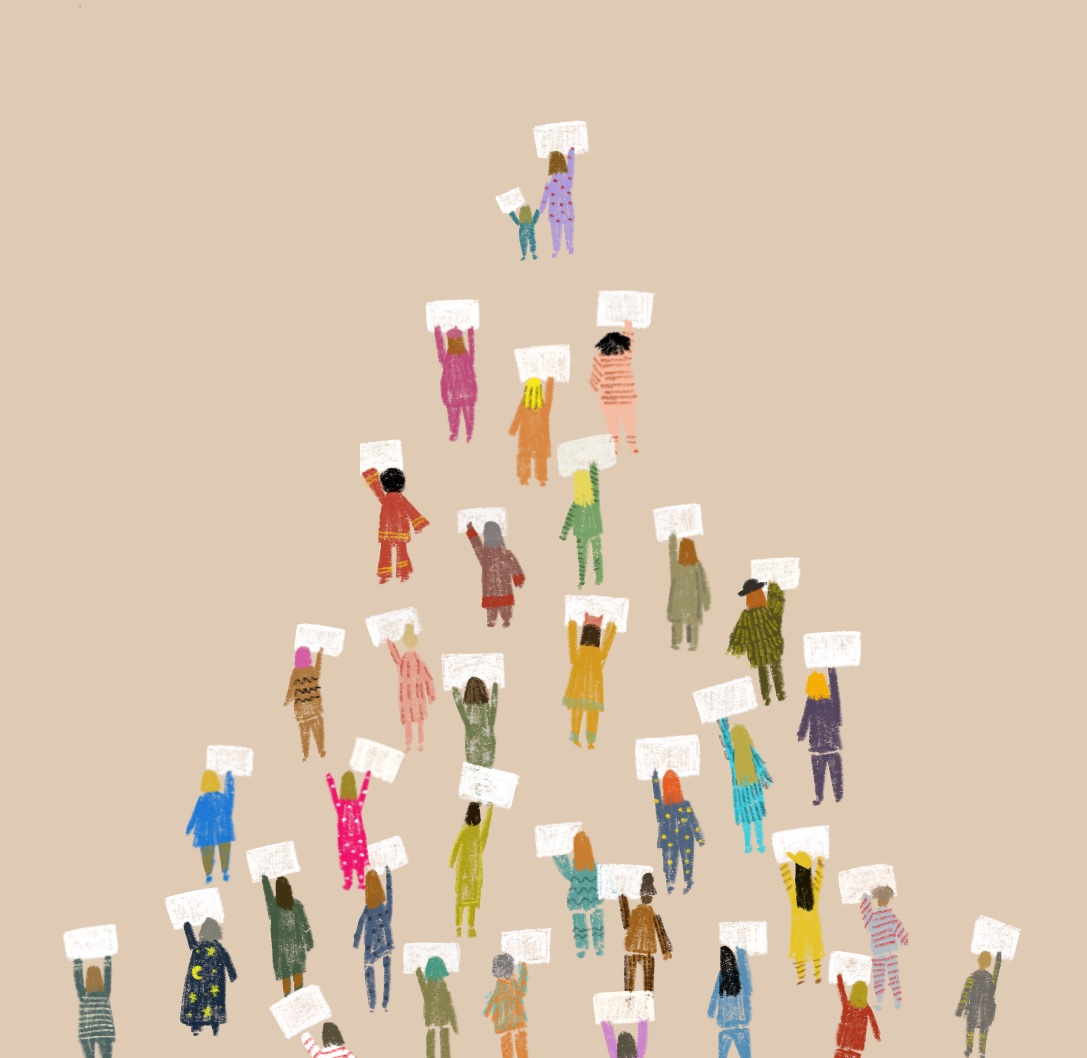 A lot has been said about the importance of supporting other women. Podcasts, books, articles, and social media posts—the topic is ever-present. And while we can discuss and dissect the reasons why we do or don’t, I feel it might be helpful to talk about how we can show up for each other. The more I talk to friends and acquaintances the more I hear how we’re all hungering for a real community. We all feel separate and alone sometimes, and we can all fall into the trap of comparing ourselves to strangers on the internet. Turns out it’s easier than you think to lift each other up and be more inclusive. I spoke with Chinae Alexander, a social entrepreneur and lifestyle expert, about some easy ways to support one another. Here are our suggestions:

Credit, credit, credit. Very few of us, no matter our career, do it alone. We have help. Whether it’s a newbie assistant helping with research or an experienced photographer snapping pictures of our products, we don’t exist in a vacuum. So acknowledge it. Shout it from the damn rooftops. Career karma-wise it’s a good move and having help doesn’t lessen your efforts. “Origin stories are so important, we need to understand where a final product comes from. We shouldn’t be afraid to say we were inspired or helped by someone. I think it has less to do with cattiness than it does insecurity, admitting that we might need help or that we’re not our sole source of inspiration,” says Alexander. “I’m always very impressed when people give credit where it’s due even if it’s as simple as saying someone inspired your interpretation of something.” Not only do these people make you look good, could you do it without them? And this extends beyond work to your life. Your babysitter, a housekeeper, a cook, your dog walker. The idea that we should have to pretend like we do it all is a myth that only keeps other women down. Pull back the curtain and show the world the people who help keep your life running smoothly. There’s a bond that forms when you’re vulnerable and authentic, so fuck perfect. You never know who will feel uplifted, empowered, or less alone because of it.

Ask someone what they need. When was the last time someone asked how they can help you? It can be powerful gesture. “Instead of assuming what people need, do the work of asking ‘How can I best support you?’ It’s a good exercise, it’s good to understand the needs of people,” says Alexander. “We spend so much time assuming things and we want to be prescriptive of our love. Be willing to listen and give them time to think about it and get back to you.”

Shop/work with women owned businesses: Put your money where your mouth is. There are some seriously kick ass businesses that were founded or run (or both) by women and to help them succeed they need customers. “I pretty much only hire women, it’s not because I don’t think men would do an equally a good job but I like creating opportunity where maybe there wasn’t. I also like to ask them what they’d like to be paid. I want you to feel like you are getting paid what you’re worth. It’s an exercise to help them know and feel comfortable voicing their worth,” says Alexander. While shopping local businesses is always a good move for your community, it’s an excellent way to show up and support female entrepreneurs locally. Plus, thanks to social media, it’s easier than ever to know more about the people running local establishments. It’s a great way to make new friends too. “I tend to feel more warm and fuzzy about female led companies. I pay attention to messaging too. How they talk to women and make women feel worthy and accepted rather than less than,” she says.

Curb the judgment: I’m not naïve enough to think that everyone is always going to get along or agree. But I do think that we’ve become particularly critical of one another for no reason. Body shaming, mom shaming, pet mom shaming: there’s a lot of shaming going on around here. For what? Factor in the anonymity of the internet and you’ve got people posting mean things because they don’t have to say it to someone’s face. Before you comment, ask yourself one question. Would I say this to them IRL? If the answer is no, maybe consider saying nothing at all. “We live in a culture where everything gets picked apart. But this goes back to why it’s important to know each others stories. When you know someone better and you know where they’re coming from you have more compassion and empathy,” explains Alexander. “Know their story before you comment. People feel their need to voice their opinions on everything, and what we have to realize is that this is going to break us/ exhaust us.” A social psychologist, Devon Price said—“If a person’s behavior doesn’t make sense to you, it is because you are missing a part of their context. It’s that simple.” And I think that’s true. Unless you really know someone’s whole self or story, maybe we just refrain from raking them over the coals. “When you feel like you’re in a judgmental place it’s important to check in with yourself,” she says. “Usually if I’m focusing on someone else’s stuff it’s because I don’t want to want to focus on my own.”

Collaborate instead of competing: If you’re the smartest person in the room you’re doing it wrong. It’s natural to sometimes feel threatened by someone who does something(s) better than you or seems more successful than you. But instead of shutting them out, invite them in. Learn from them. One of the biggest myths that exist is that we have to compete with one another to get what we want. But we’re not all the same; we don’t all want the same things. Alexander echoes that sentiment, “There’s enough success for everyone. You are the sum of the people that surround you and ultimately I want to create support and elevate the people around me. Having a group of talented people around, there’s no downside.” Bringing people together and building a community feels a lot better than excluding people. I’ve been really inspired by new(ish) local businesses in Providence. They do a wonderful job of promoting each other’s work and collaborating where it makes sense—I’ve been introduced to really cool new places because another restaurant or shop gave them a shout out. Technically, if they wanted to look at it this way they could consider each other competition, but instead they’ve formed a community. And isn’t that what we’re really all looking for?

Get involved: Don’t forget about the next generation. Volunteering or donating to organizations that help teach and support women is one of the best things you can do. One of my best friends recently started her own Girl Scout troop and I’m so inspired by her. And it wasn’t because her child wanted to start one. She doesn’t have kids, but she did want to empower girls in her community. Offer your skills where you can, it can make such a difference in someone’s life. “Everyone has influence. A lot of people feel very bound by the fact that they don’t have financial resources to help their causes, but it’s not just about money. When we do spend money, spend it in ways that matter. Support companies that give back. When you can, create space in your budget to donate,” says Alexander.  “You don’t have to have financial resources, your time is important. Showing up and sitting with people/engaging is the most powerful way to give back.”