March is unpredictable at best, right when you think winter is over and spring is near we get hit with a snowstorm or a cold snap. That is exactly why I like to have cozy, comforting recipes at the ready. Just in case I’m dealing with freezing temps or a cold that just won’t end, this french onion soup recipe is the ultimate in comfort food. I prefer it to chicken noodle! The melted cheese, the toasted garlicky bread, it’s the perfect make-ahead weeknight dinner. It’s also fancy enough for company, your guests will definitely be impressed. 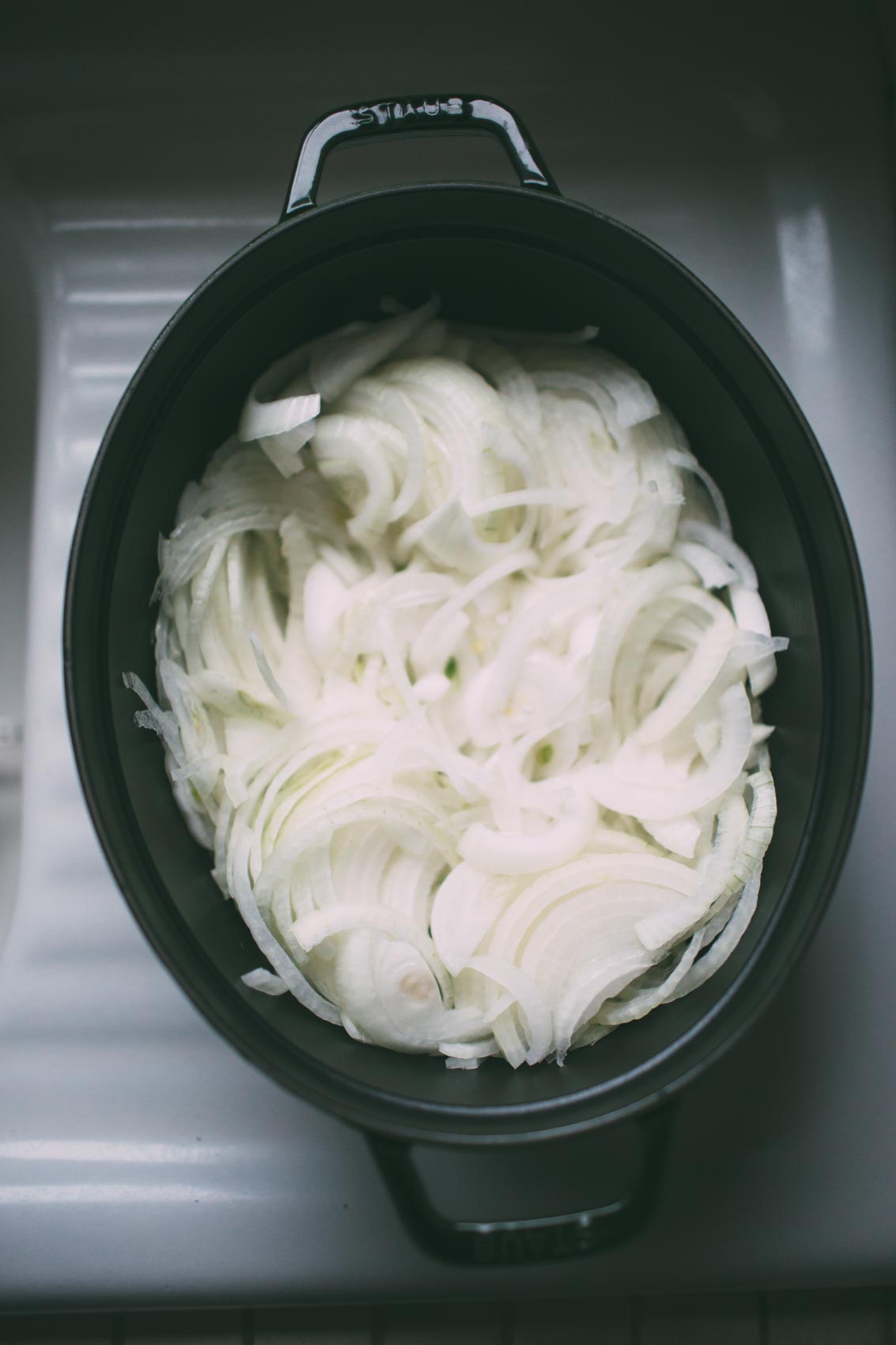 It looks like a lot of onions in the pot, but when you caramelize them, it will really reduce them down. For this recipe it’s just the right amount. Give yourself plenty of time, because to properly caramelize and not burn the onions it’s going to take at least an hour. There’s a bit of debate about whether to use vidalia onions or yellow, yellow works just fine in my opinion. 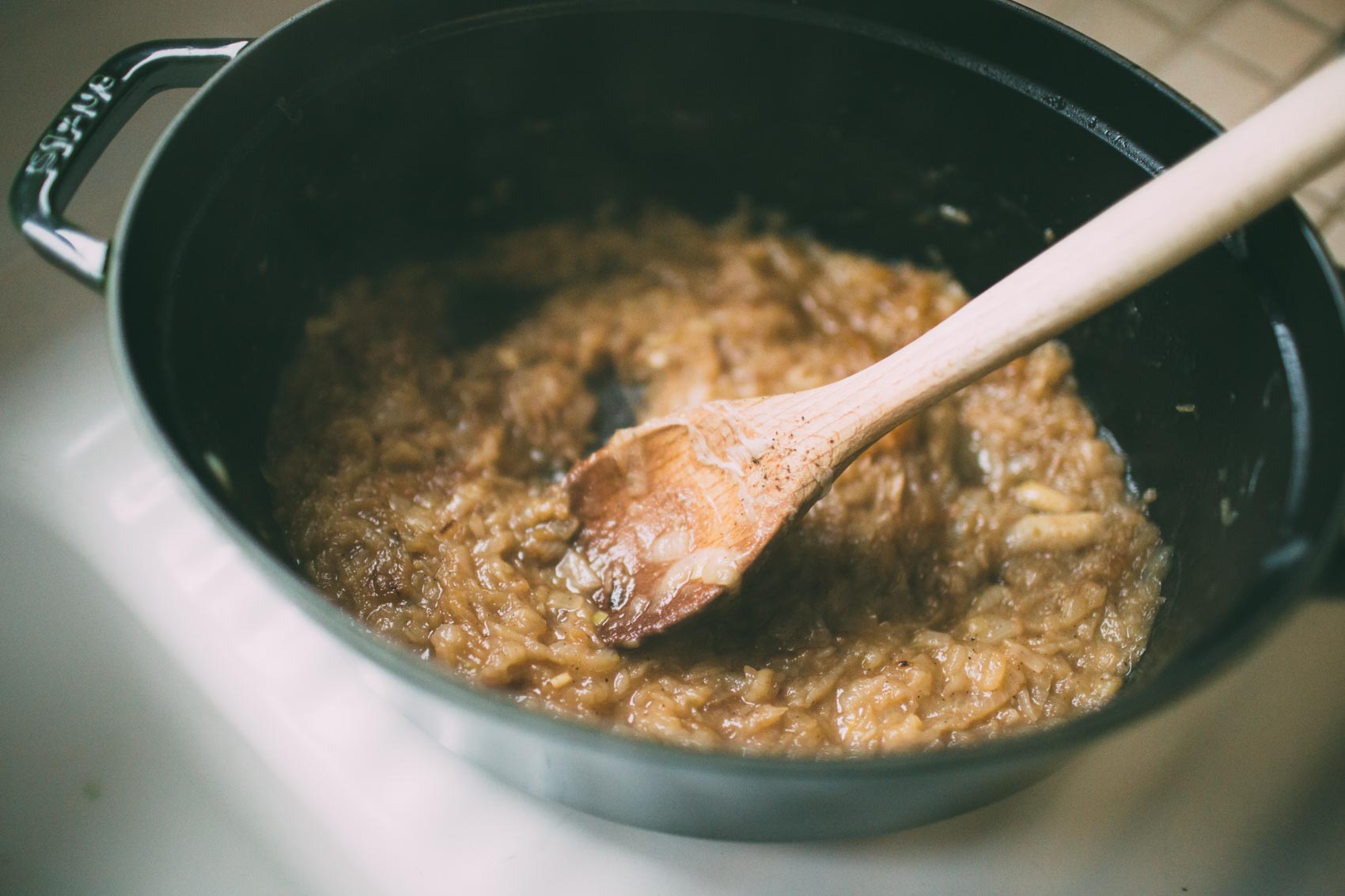 Once the onions are caramelized, don’t skimp on the wine. Not only does it help you deglaze the pan and get all of that onion-y goodness off the bottom of the pan, it adds flavor. Sherry is inexpensive and really rounds out the dimension of the broth. 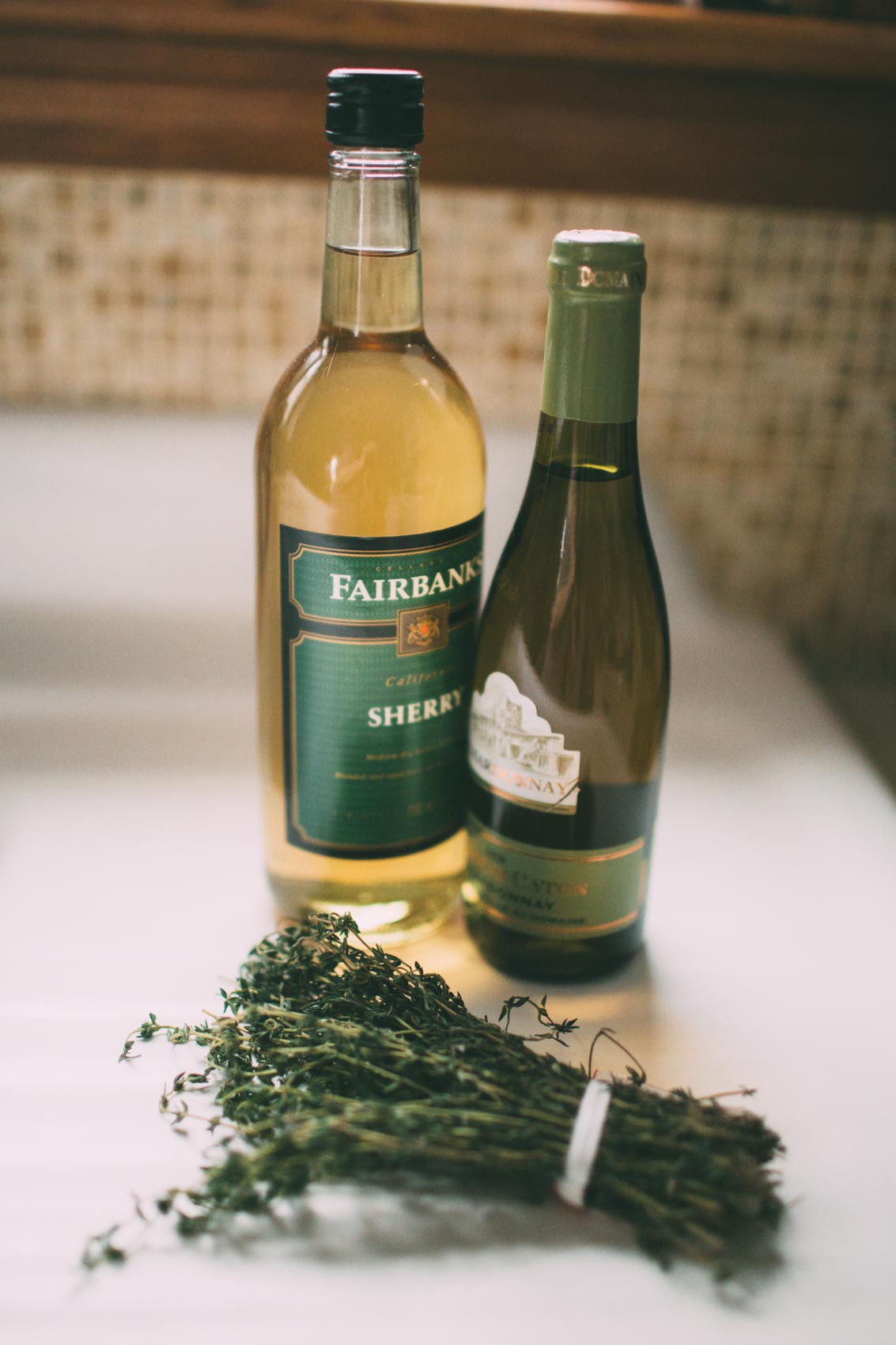 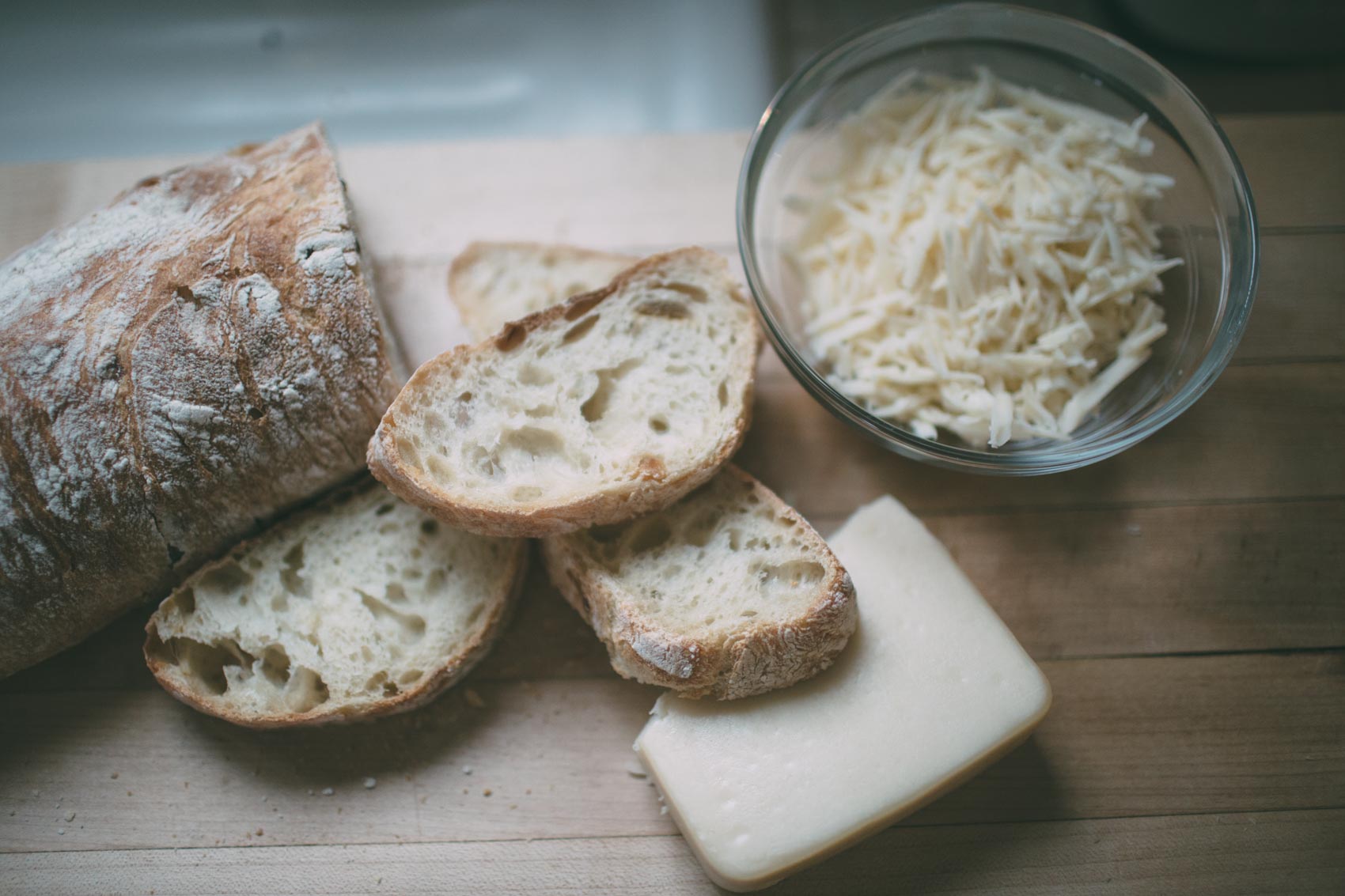 Instead of using a baguette (they didn’t have any fresh ones at the store) I bought garlic ciabatta bread. It saved me the step of rubbing the toast with a garlic clove and toasted up nicely. The bread was a delicious addition and held up well in the broth. The gruyere cheese topping—also key. It’s much tastier than swiss and is a fantastic complement to the soup.

Pouring the soup into an oven safe bowl or ramekin, you can melt the cheese underneath the broiler. It browns the cheese until it’s all bubbly. I like to sprinkle a little fresh parsley on top for added color when it comes out. Curl up and enjoy! 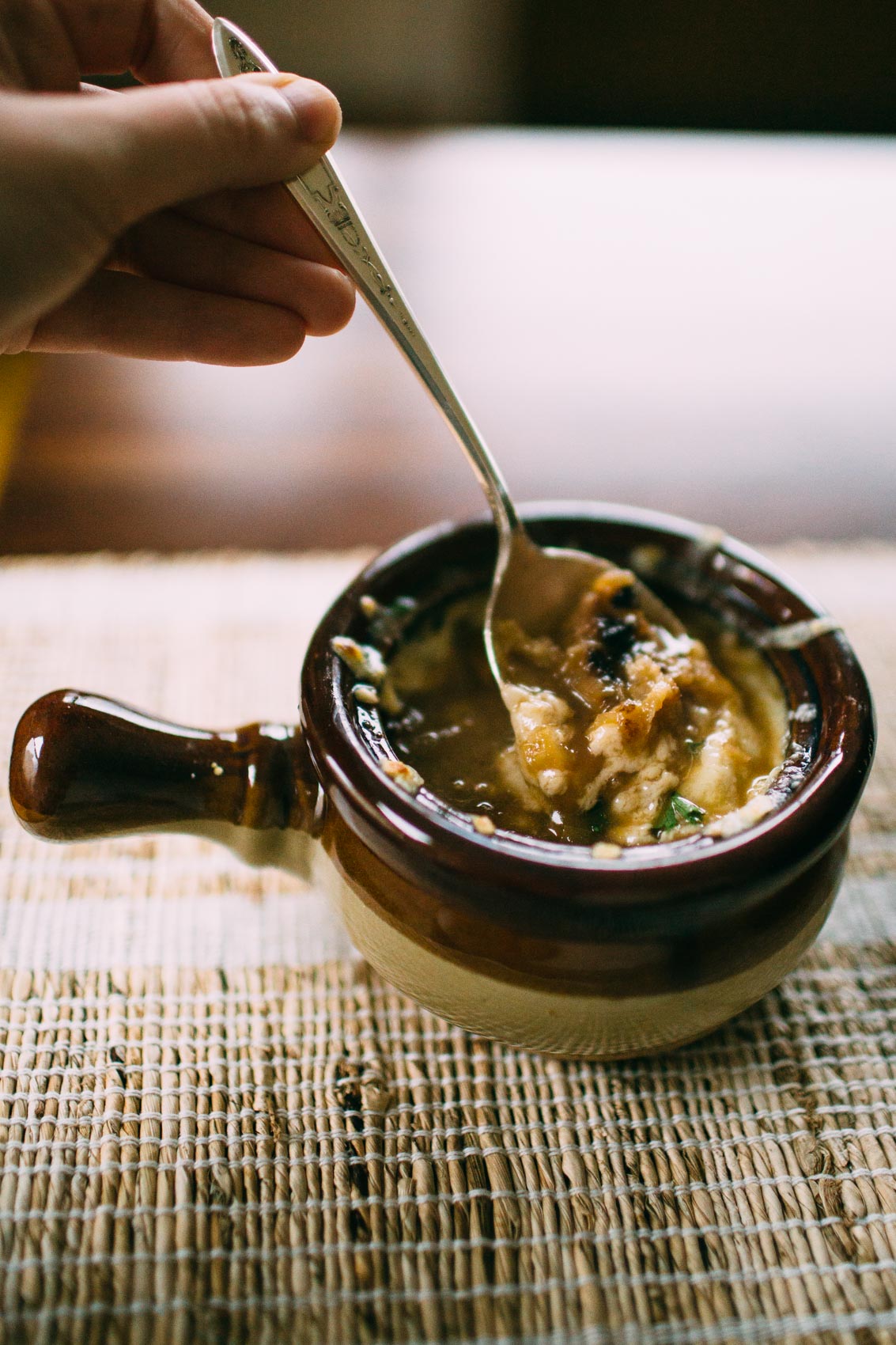 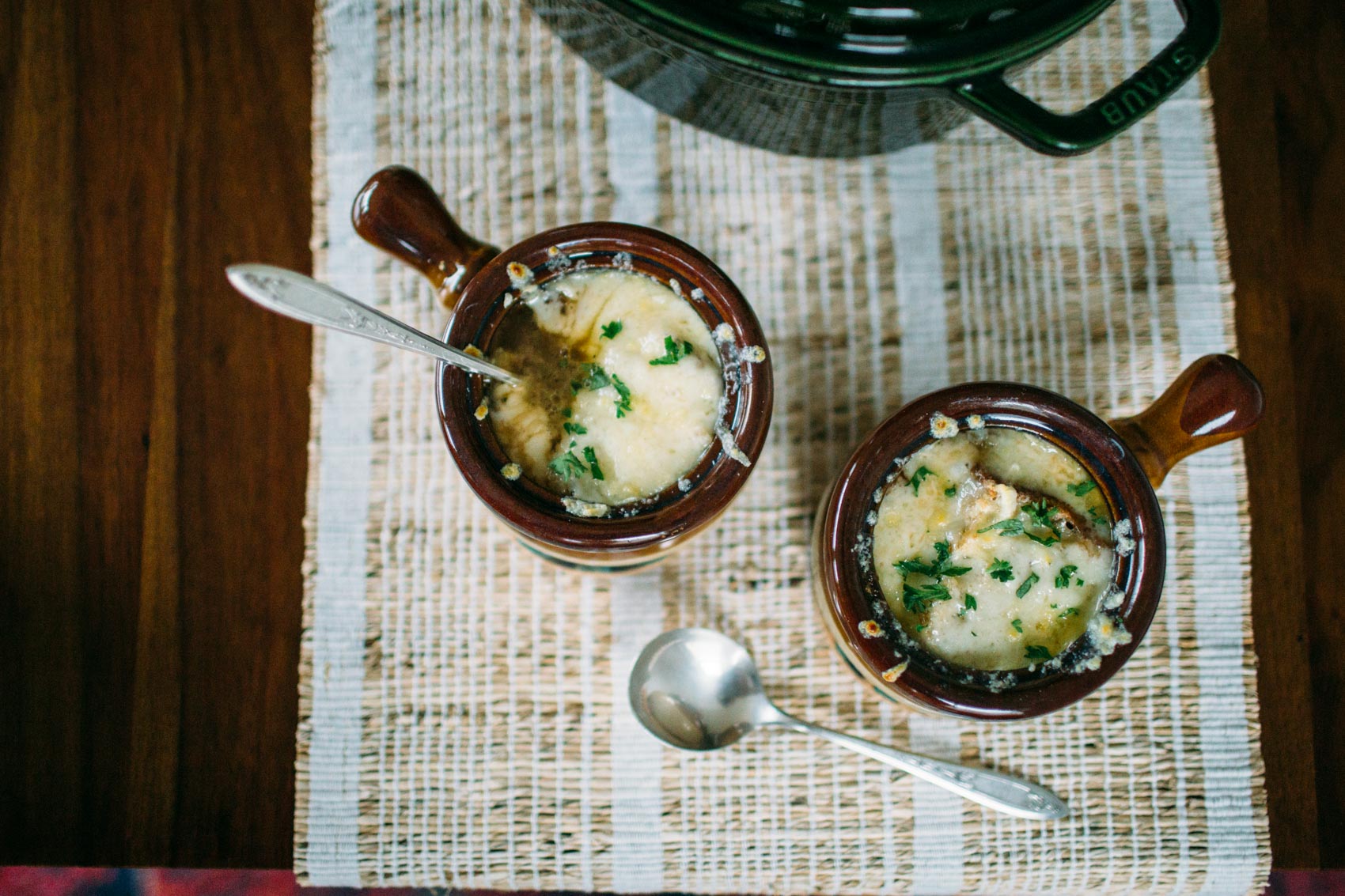